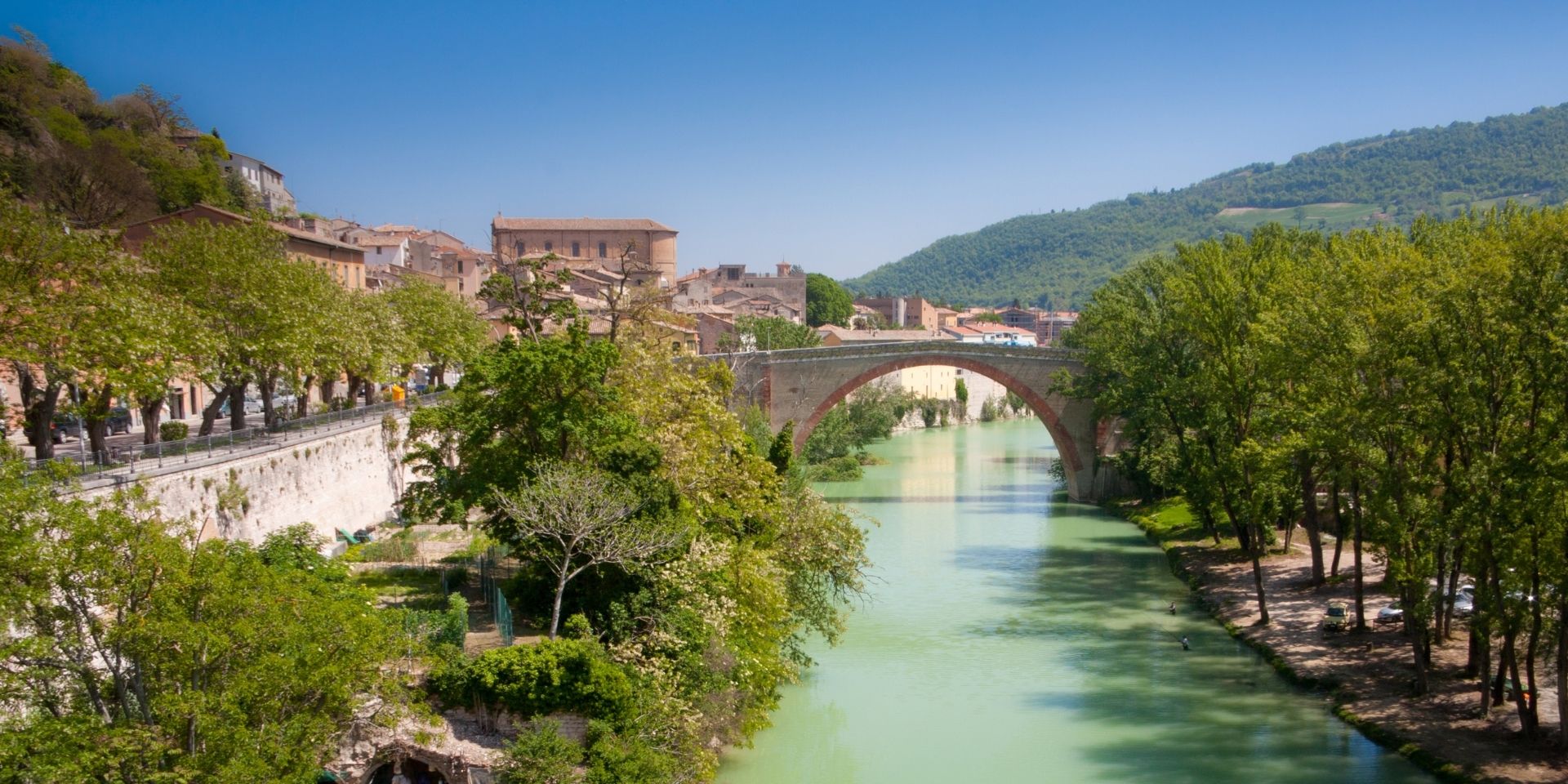 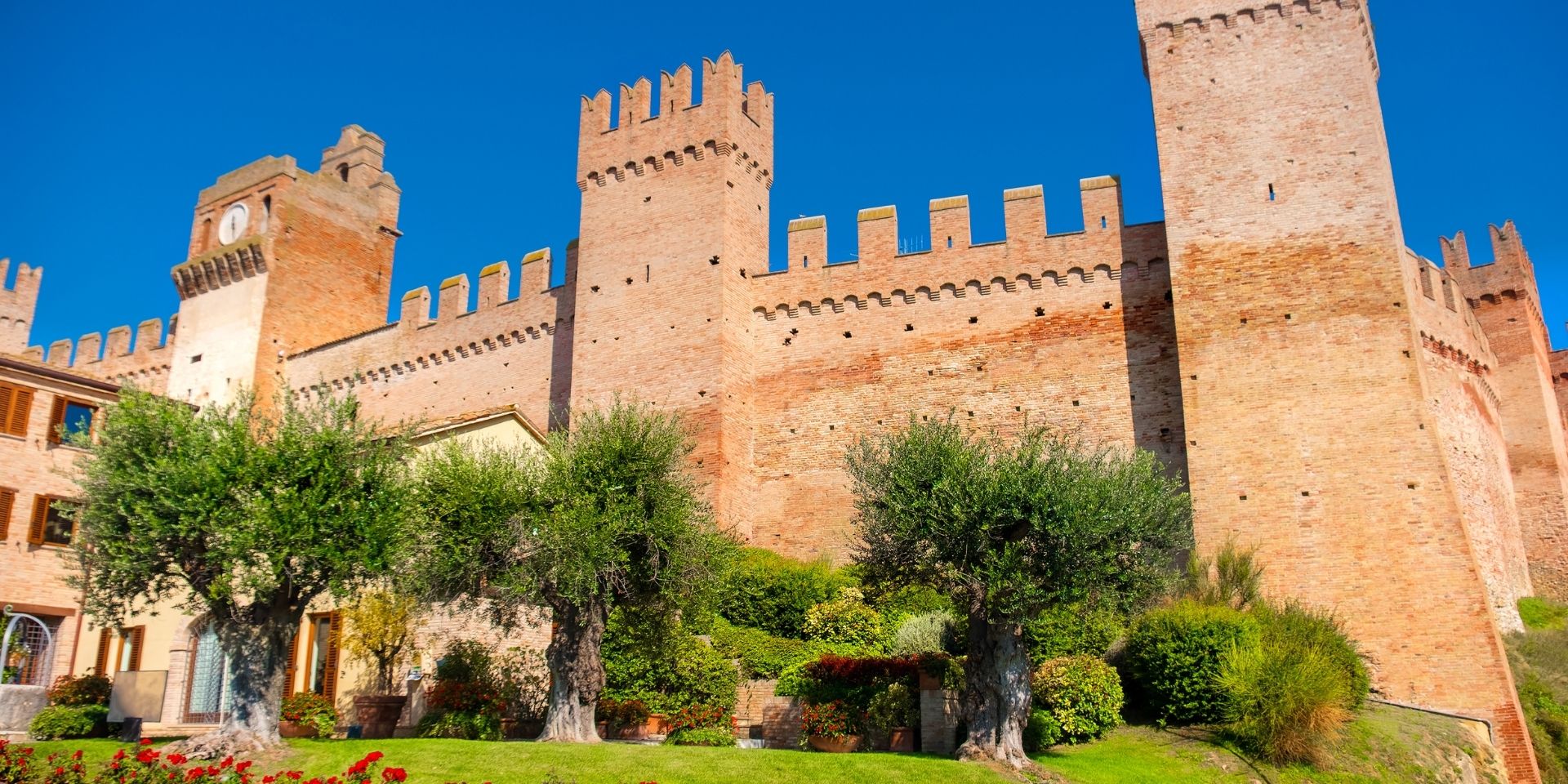 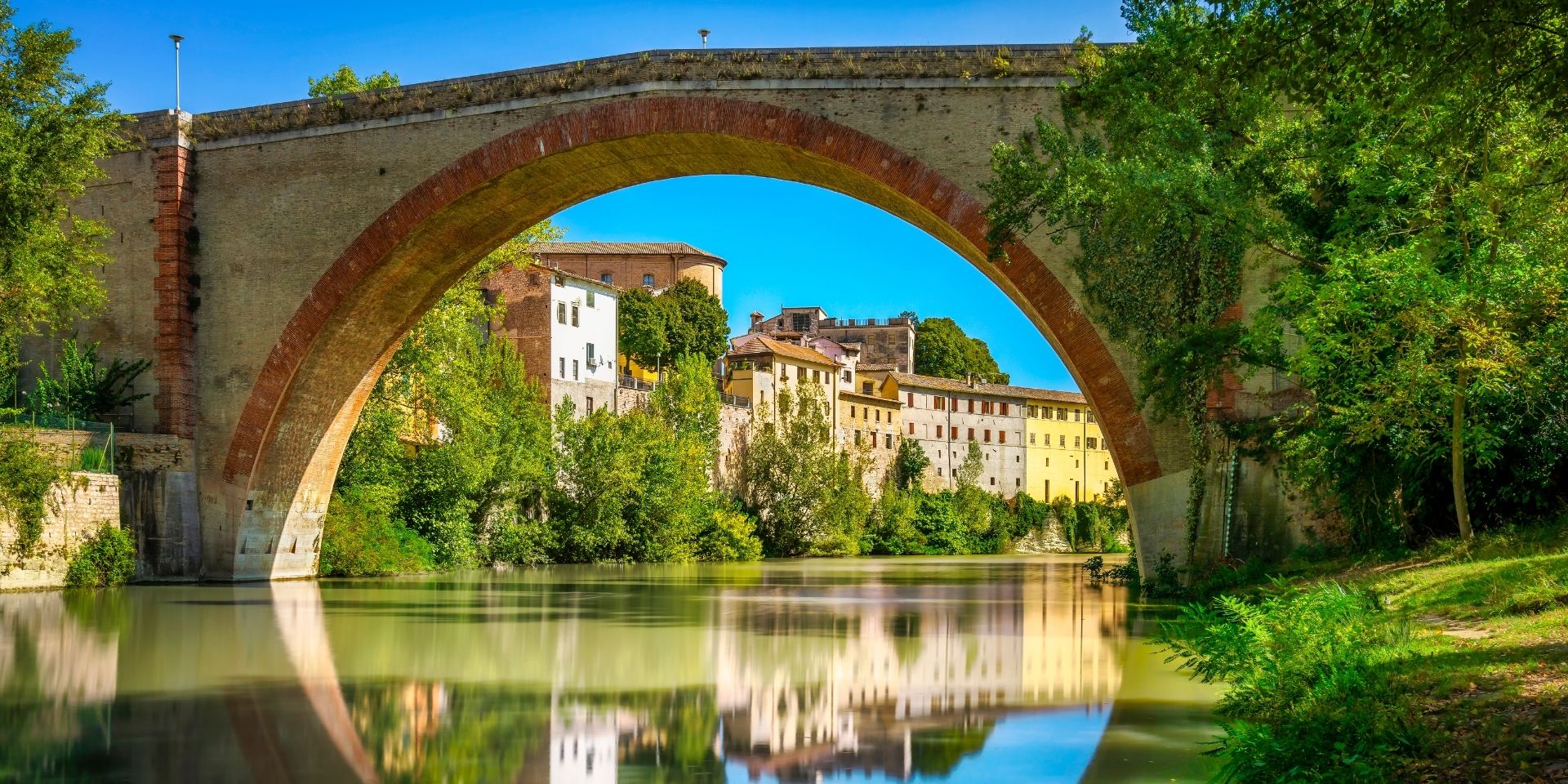 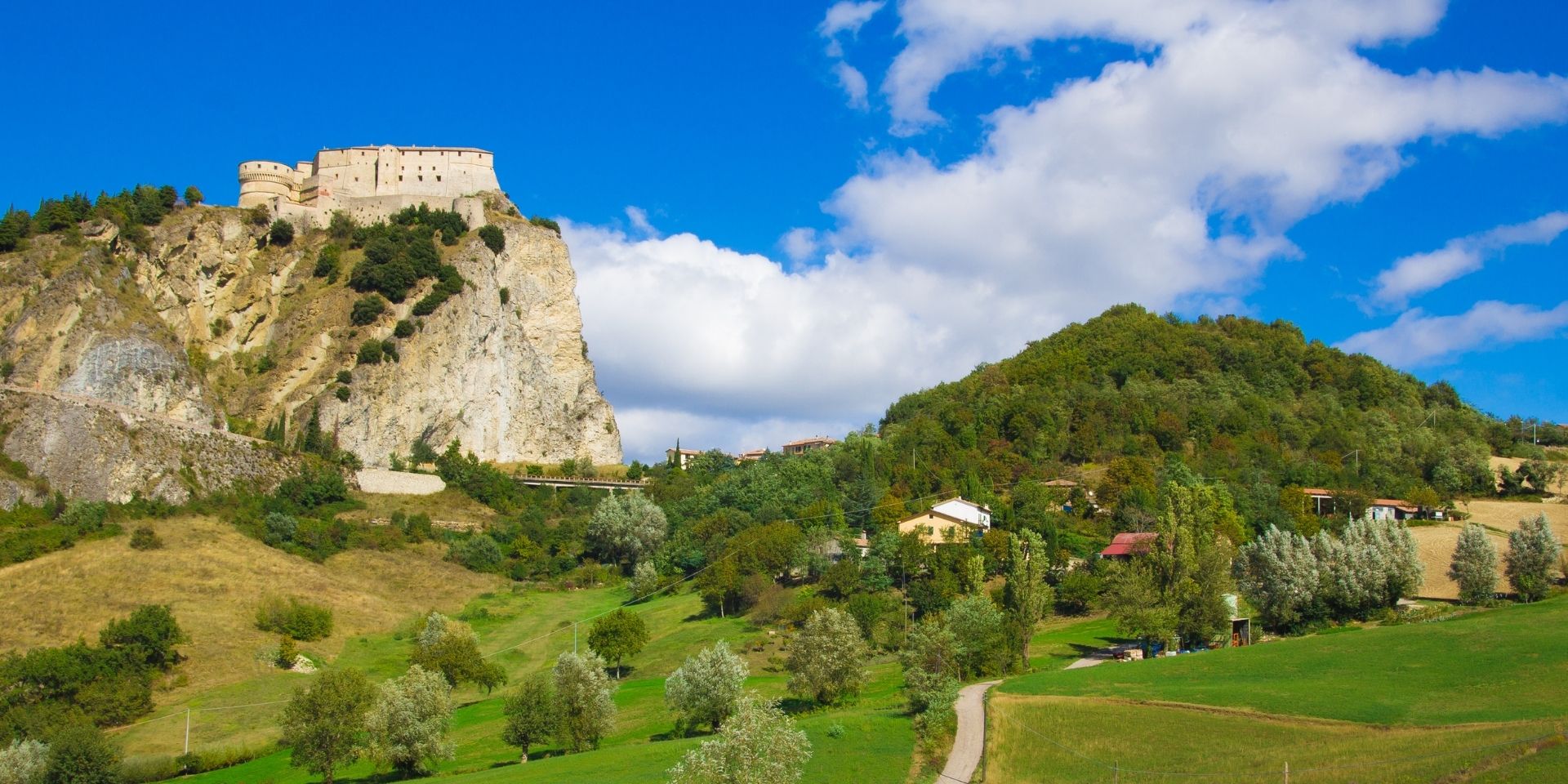 Beautiful vistas, green rolling hills and bright yellow sunflower fields as far as the eye can see. Castles straight out of fairy tales that tell of knights and maidens. The perfect blend of history, nature, traditions and legends.

Spend your holiday exploring the most beautiful age-old villages and castles in Italy, in the ancient Le Marche region.

In the village of Candelara, light seems to take on a different glow. A real gem of Le Marche, this tiny town is just waiting to be discovered. A charming place, rich in history, art and culture, where the mountains and hills slope gently toward the Adriatic Sea. The town’s coat of arms is something of a curiosity: it depicts three hills with three candles on top of them. Legend has it that to find the most suitable location to build the town, three candles were lit in three different locations and in the least windy point, the one where the flame did not go out, the town was built. Hence the name of this splendid village, surrounded by small valleys, olive trees, vineyards and oak woodlands.

A village suspended between the sky and the sea. Between Le Marche and Romagna, between the sea and the hills, Casteldimezzo sits perched on Monte San Bartolo. The view from here will take your breath away. A natural terrace over the sea, where the gaze gets lost in the clear blue of the waves. The sight of a fortification of medieval origin, today just a small section remains, including one of the towers that was part of the town walls.

A little treasure of a village on the Adriatic coast. With stunning views overlooking the sea and offering a panorama of rare beauty. Breathe in the peace and tranquillity while walking through the tiny streets of the village. And then there is the beach: a completely uncontaminated stretch of coast with a unique, wild beauty. The village is connected to this paradise by a path that leads from the village right to the sea.

A village that holds within its walls a history going back more than a thousand years. Its castle was founded around the middle of the 10th century. Ginestreto today still has several interesting, well preserved military architectural elements (sections of walls and an arch) and the Romanesque Pieve di S. Pietro, which was built on the site of a previous settlement.

An ancient village, completely surrounded by solid defensive walls whose origins date back to the Etruscan period. From the sea to the Apennines, from Pesaro to Fano, all the way to Senigallia, the view from up here is infinite.

Strength and elegance inside the city: Rocca Costanza is a castle located in the very heart of Pesaro. Construction began in 1474 on this work of the famous architect Luciano Laurana which gets its name from Costanzo Sforza. The fortress has a quadrilateral plan, with circular towers embanked at the corners. During the summer season the fortress is transformed and becomes the scene of festivals and other events.

The Rocca di Fossombrone is located in one of the highest parts of the town, in a strategic position allowing it to dominate the entire Metauro valley. The fortress castle, which was one of the cornerstones of the fortification system of the Duchy of Urbino, was first part of the Malatesta domain and then later belonged to the Montefeltros.

Also known simply as “La Fortezza”, this fortress castle is located at the north corner of the Fano city walls. It was Sigismondo Pandolfo Malatesta who commissioned the current form by architect Matteo Nuti. The construction began in 1433, even if the year construction began on its present form has always been considered to be 1438.

The most impressive thing about the town of Mondavio is of course the imposing and majestic Rocca Roveresca. It is a great example of a Renaissance fortification and was designed by the military architect Francesco di Giorgio Martini from Siena. The fortress now houses a historical re-enactment museum featuring moments of everyday life from Roman times with wax figures in period clothing. Every year, on August 15th, there is a historical re-enactment event with a procession, entertainment and a dinner party.

Ours, a story of distant times 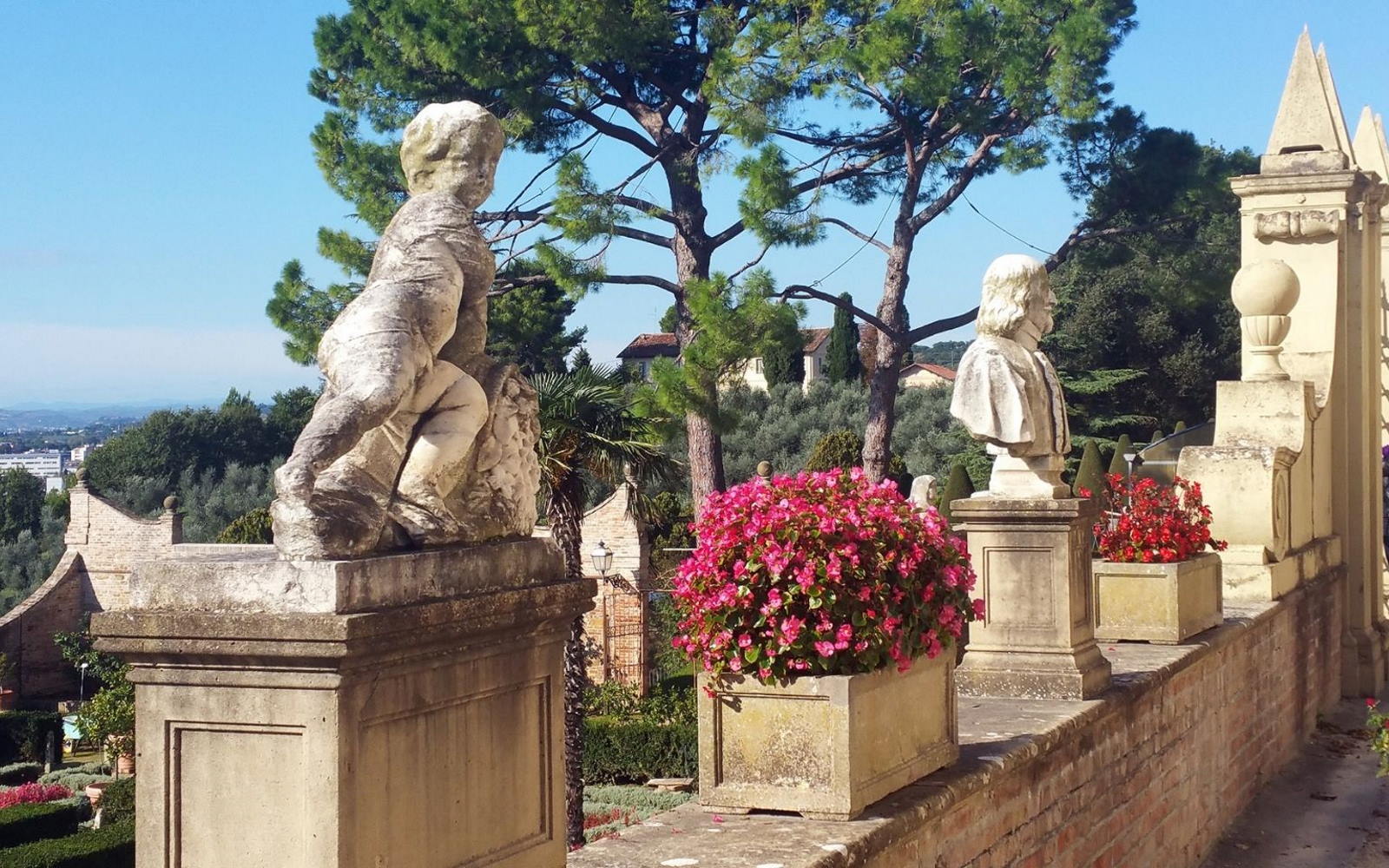 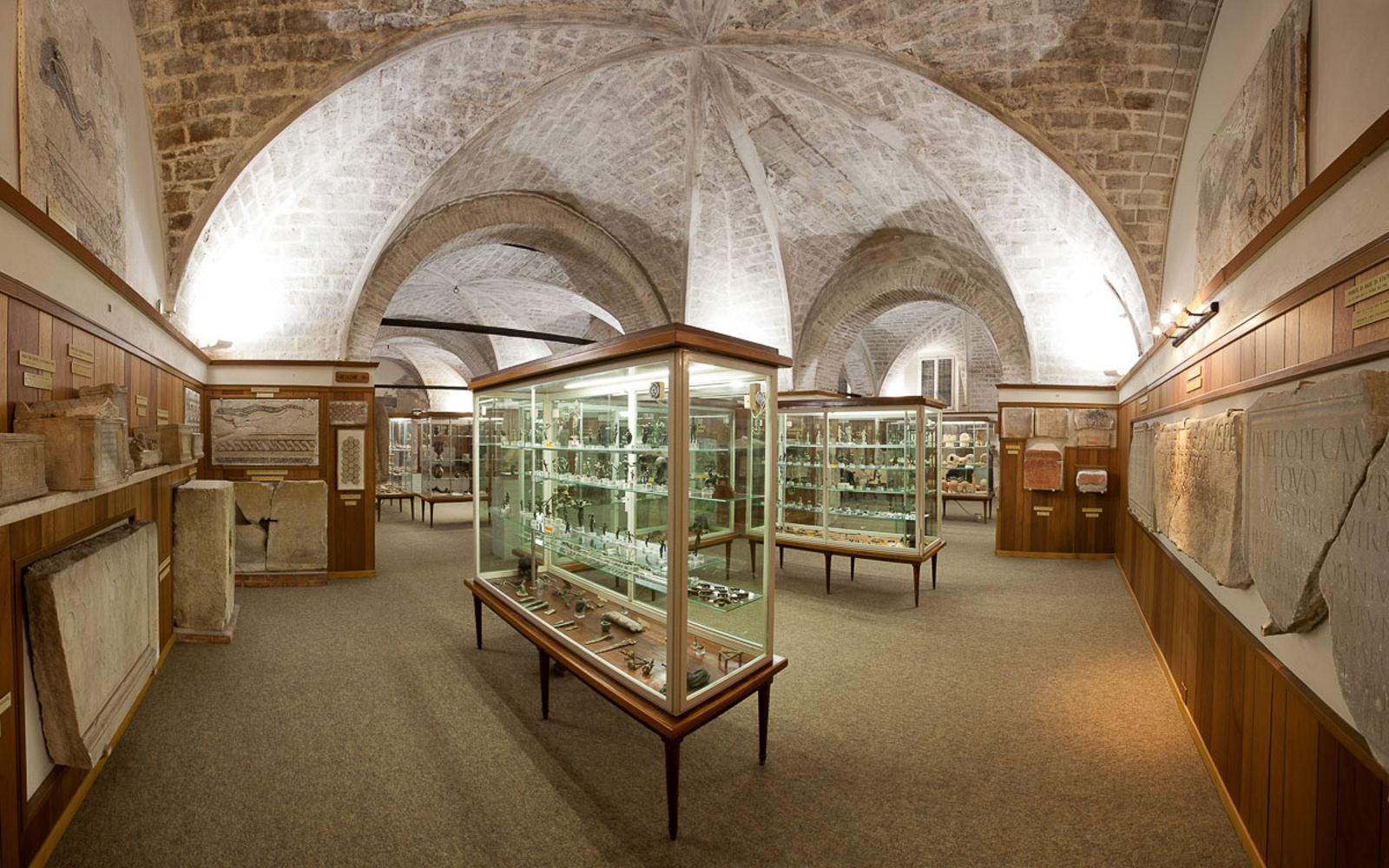 Churches and cathedrals to admire 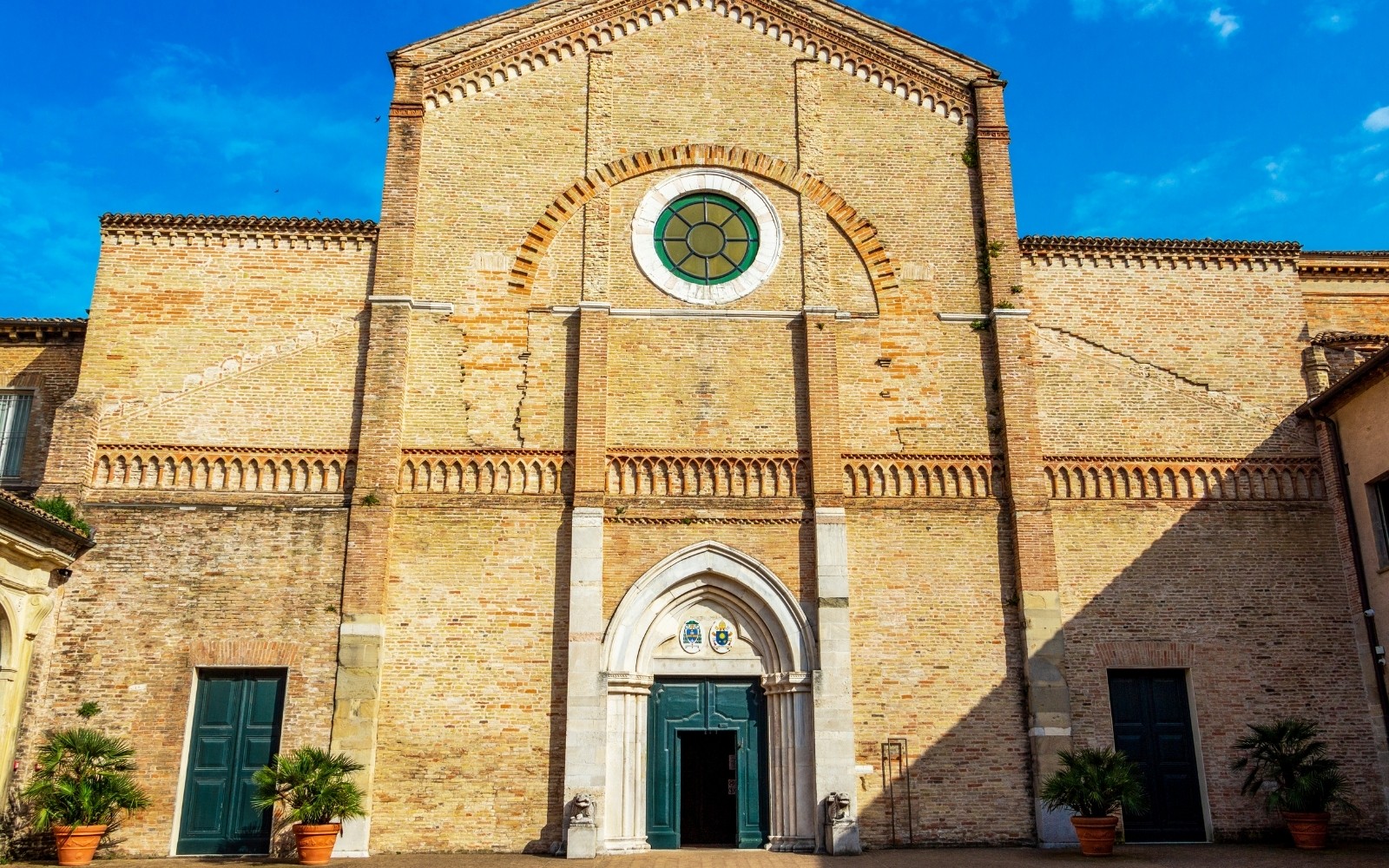 A walk
in tradition

Enjoy the walks between culture and tradition 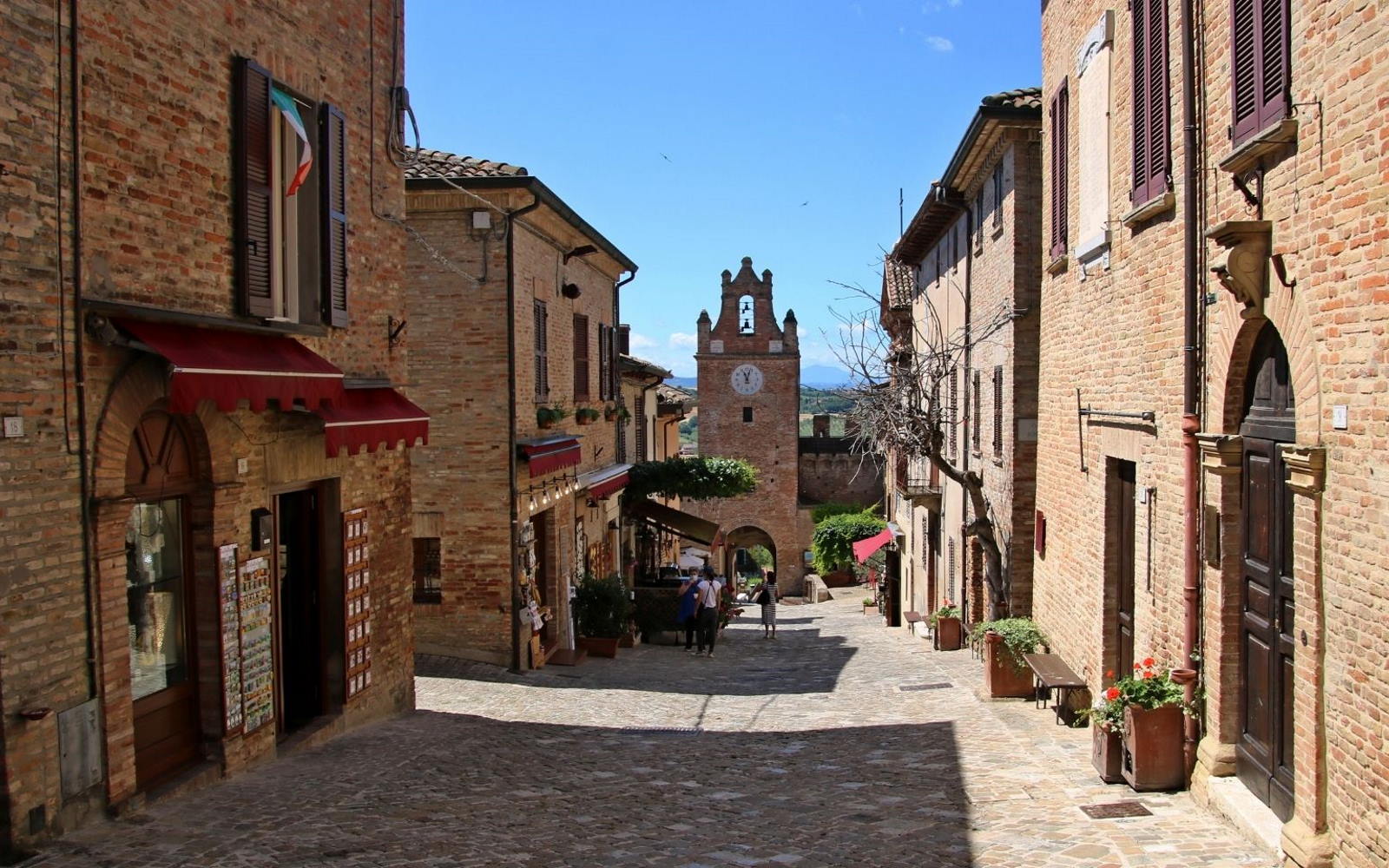 The beaches
of the heart

Discover the beautiful beaches near us

Come and discover the flavors of our traditions 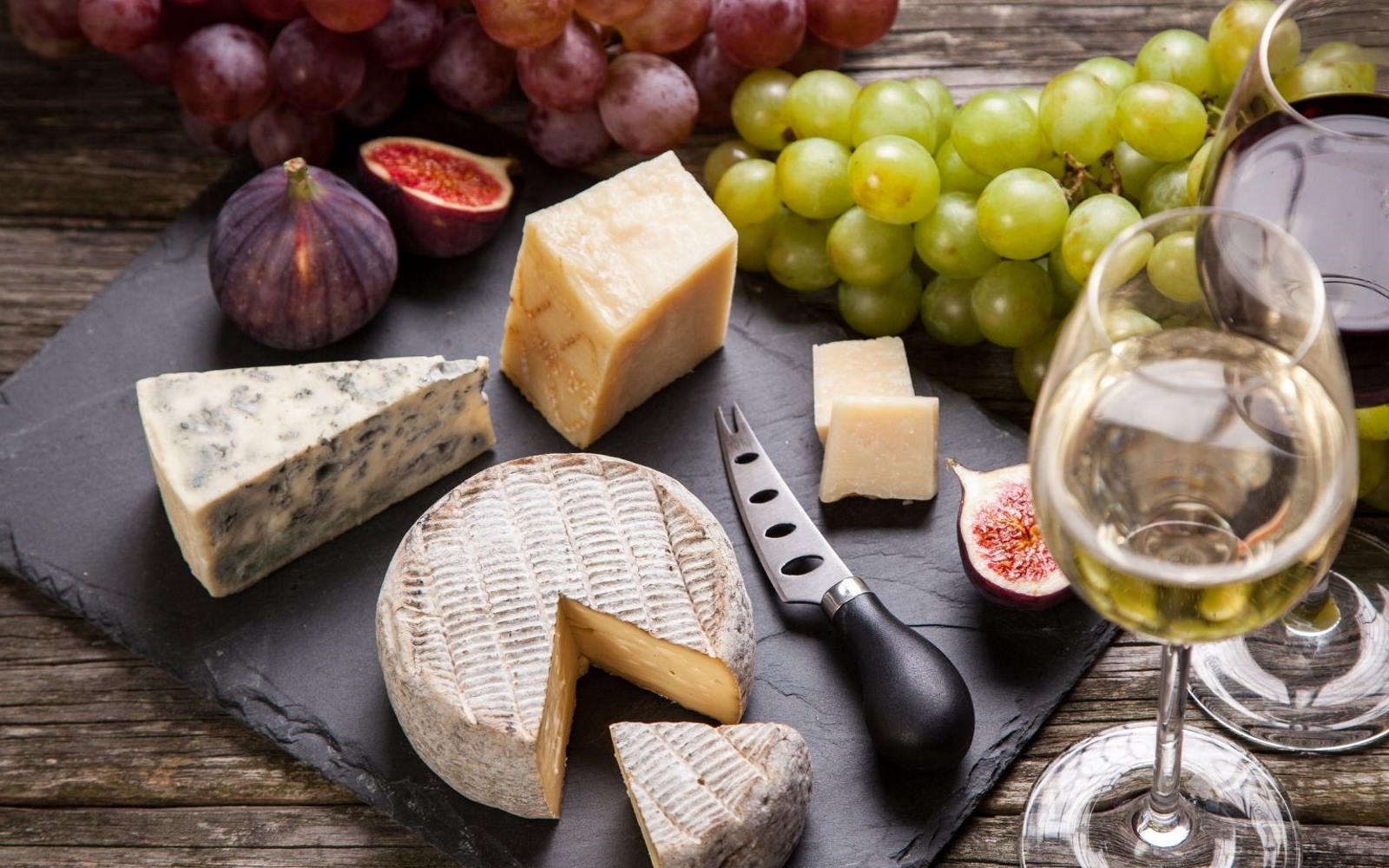 Here it
is fun

The theme parks of the Riviera 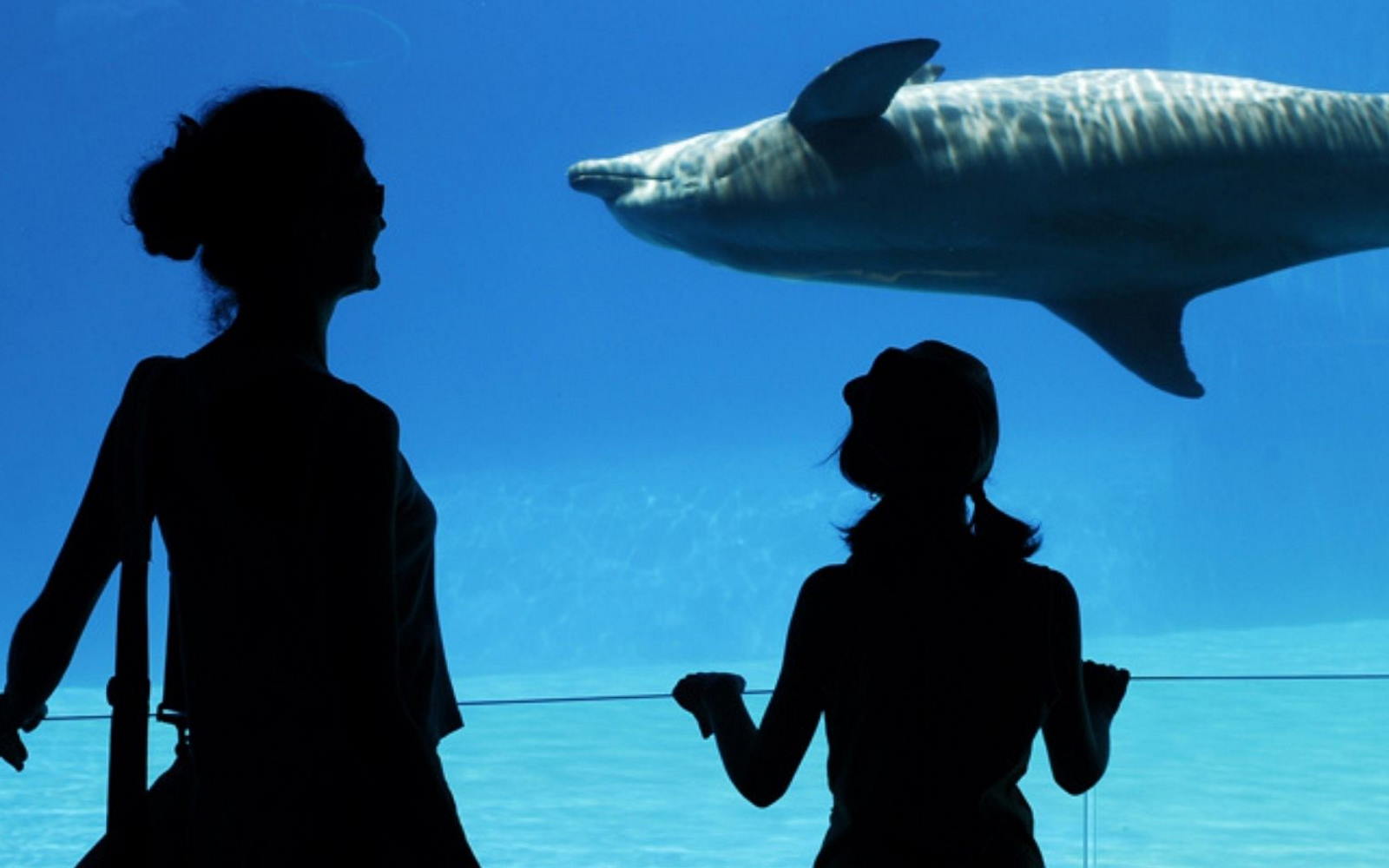 And at the end
we take a bow

We stayed overnight in a decent sized family room which was comfortable and clean. The staff were friendly and helpful. The hotel is in a good location, on the seafront and about a 10 minute walk to the centre of Pesaro. Would stay here again.

I really enjoyed staying at this hotel. The rooms were quite nice, quiet, clean, and had a spacious balcony. The breakfast each morning was really great with lots of selection and lovely dining room. You also had the option to eat outside by the swimming pool. The staff were unfailingly courteous and welcomed us to their hotel. This is a very nice place and I totally recommend it . It is close to a great pharmacy and some very nice neighborhood groceries. The room had a refrigerator so you could stock up on your food and drink while visiting! The room also had excellent air conditioning.

The breakfest and dinner room should be fitted in such hot days as in July with airconditioning. The pool was clean and well conrolled. Smaller children have been watched by supervisory personal.The service personal was observant and delivered the food very quick and frienly.